Wondering, worrying and becoming fearful of what the future holds or what others think of us as we confront our chronic illness is a place we just can’t live! We must remember the Scriptures and remind our hearts the Lord God alone is our light and our salvation!

Psalm 27: 1-3 (KJV) “The Lord is my light and my salvation; whom shall I fear? the Lord is the strength of my life; of whom shall I be afraid? When the wicked, even mine enemies and my foes, came upon me to eat up my flesh, they stumbled and fell. Though an host should encamp against me, my heart shall not fear: though war should rise against me, in this will I be confident.”

With God on our side as Believers in Jesus Christ, we can defeat fear and have confidence. 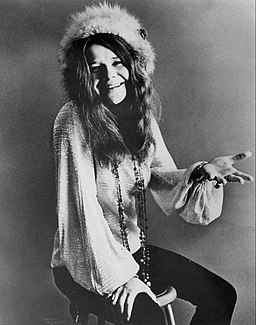 Originally published in “Writing After Fifty.”

When faced with a chronic illness we realize our normal has changed. We have the new normal of the daily medicines, therapy, and sometimes chemo. A once envisioned future evaporates. We wonder what the tomorrow holds. The good news is that as Believers in Christ Jesus, we do have an inheritance. Cancer, heart disease, a stroke, high blood pressure, glaucoma, COPD or any disease/illness cannot take that future bequest away from you.

1 Peter 1:3-4 (KJV), “Blessed be the God and Father of our Lord Jesus Christ, which according to his abundant mercy hath begotten us again unto a lively hope by the resurrection of Jesus Christ from the dead, To an inheritance incorruptible, and undefiled, and that fadeth not away, reserved in heaven for you,”

As Christians, we have an inheritance through Jesus Christ.

Following doctors orders on diet, rest, exercise can seem futile when we don’t see the results we expect. When living with a chronic illness we feel we cannot do anything for God. Today’s verse sheds light on these thoughts.

1 Corinthians 15:58 (KJV), “Therefore, my beloved brethren, be ye stedfast, unmoveable, always abounding in the work of the Lord, forasmuch as ye know that your labour is not in vain in the Lord.”

Do what you can with what you have and leave the results to God.

When faced with a chronic illness a daily challenge is to not lose hope. As Believers in Jesus Christ, we always have hope because of Jesus.

John 11:40 (KJV), “Jesus saith unto her, Said I not unto thee, that, if thou wouldest believe, thou shouldest see the glory of God?”

It is not okay to lose hope.

As a Believer in Jesus Christ faces a chronic illness they may feel alone. God has made provisions for this feeling of being alone. His Holy Spirit prays for us. He has given us His church. The church is here to minister to us.

God gives His Spirit and His church to help us as we deal with a chronic illness.

Dealing with a chronic illness includes tests and challenges coming at you from all sides.

James 1:2-4 (KJV), “My brethren, count it all joy when ye fall into divers temptations; Knowing this, that the trying of your faith worketh patience. But let patience have her perfect work, that ye may be perfect and entire, wanting nothing.”

I was listening to the Shipping & Handling Podcast today. The podcast is hosted by two literary agents who talk books, fandom, writing, and beyond. The hosts? The hosts are Bridget Smith of Dunham Literary Inc. & Jennifer Udden of Barry Goldblatt Literary.

They mentioned when being interviewed for a job as a literary agent they were asked what were the last ten books you read. The question got me thinking. I came up with the last twelve books I read. I read a few of the concurrently. I recommend them all.

You can leave in the comments the last books you’ve read. I have read these since January 2017.

As we live with a chronic illness we learn many lessons. One lesson is learning to defer.

Isaiah 40:29 (KJV), “He giveth power to the faint; and to them that have no might he increaseth strength.”

As Believers in Jesus Chris, we experience his presence and power during our daily living. When we are tired, he provides us with the power we need for the daily challenges. When we are weak, Christ Jesus increases our strength where we have what is needed.

This book, number 4 in the series, pulls together much of what we’d guessed at in the previous three books. Relic of Sorrows also adds some new twists in the plot. From the three previous books, we know pretty much everything important about Alisa.

We’ve learned she is ethical and empathetic. She is very courageous when she needs courage. She is also a typical girl.

She allows herself to be tempted by people and circumstances and often gives in to them. She is a habitual eavesdropper, and though conflicted about this. She seems to have no desire to stop. She is embarrassed when caught.

She wants to keep Leonidas’ good opinion of her. She tries to be manipulative but isn’t good at it. She displays snarkiness but thinks she is charming because of it.

Despite all these character defects, she is sweet, and it’s easy to see why the various men are drawn to her.

Leonidas is upstanding, capable of friendship, ethical, brave, protective, very smart, introspective, and maybe even as a Cyborg, capable of love. Alisa and the others in the group have learned things about him. They have grown to value him, and his opinions.

We learn, in this book, one of his great secrets, which, because of all the foreshadowing was done, is not much of a secret when he finally reveals it to Alisa.

The two also finally get together, as much as they can. Alisa is also pursued by Abelardus, who manages to throw several curves at her, and causes discord between her and Leo. Because of the secret (which Alisa didn’t know), we learn about Alisa. We are aware why he is doing this. This banter results in some fairly enjoyable scenes between the two of them. Enjoyable to the reader, at any rate.

We learn what the orb is that Alejandro has carried with him throughout the various voyages, and get finally to see it in action. The circumstances are, actually, surprising, and open up a whole avenue of further plotlines.

It’s hard to describe these scenes without including lots and lots of spoilers. Let me just say, the book and series are worth reading.

In this book, none of the other crew members or passengers get much time, and we don’t learn much more about them. It’s the plot that is primarily advanced in this installment.

We’ve gotten beyond all the searching for the relic, which is now found, and because of Alisa’s ingenuity, is in the possession of this group, instead of all the other powerful people who have been looking for it.

The book ends here, and we can only surmise that as soon as the Alliance discovers that they have been duped, they will come storming after them.

There has been no action on the search for Jelena this time, but Leo has agreed to stay with Alisa and work for her while she searches for her daughter.

There is plenty of action and excitement in this book. The value in this one is in the background information we gain, and in the movement of the plot.

The next book is going to be fantastic. It will include the search for Jelena, a search for Torian, (the Emperor’s missing son), possibly the kidnapping of Dr. Tiang, (the researcher newly introduced into the story, who is knowledgeable about cyborg workings), and the conspiracy which is beginning to form between Abelardus and Alejandro to either force, or convince Alisa to use her newly found power to aid them in their ultimate mission.