I shut my eyes and all the world drops dead;
I lift my lids and all is born again.
(I think I made you up inside my head.)

The stars go waltzing out in blue and red,
And arbitrary blackness gallops in:
I shut my eyes and all the world drops dead.

I dreamed that you bewitched me into bed
And sung me moon-struck, kissed me quite insane.
(I think I made you up inside my head.)

God topples from the sky, hell’s fires fade:
Exit seraphim and Satan’s men:
I shut my eyes and all the world drops dead.

I fancied you’d return the way you said,
But I grow old and I forget your name.
(I think I made you up inside my head.)

I should have loved a thunderbird instead;
At least when spring comes they roar back again.
I shut my eyes and all the world drops dead.
(I think I made you up inside my head.)”

Sylvia Plath (October 27, 1932 – February 11, 1963) was an American poet, novelist and short-story writer. Born in Boston, Massachusetts, she studied at Smith College and Newnham College, Cambridge before receiving acclaim as a professional poet and writer. She married fellow poet Ted Hughes in 1956 and they lived together first in the United States and then England, having two children together: Frieda and Nicholas. Following a long struggle with depression and a marital separation, Plath committed suicide in 1963. Controversy continues to surround the events of her life and death, as well as her writing and legacy.

The Colossus and Other Poems and Ariel

Plath is credited with advancing the genre of confessional poetry and is best known for her two published collections: The Colossus and Other Poems and Ariel.

In 1982, she became the first poet to win a Pulitzer Prize posthumously, for The Collected Poems. She also wrote The Bell Jar, a semi-autobiographical novel published shortly before her death.

Photo Source: Photo Used Under a Creative Commons 2.0 License from the Photographer

“Any work of art makes one very simple demand on anyone who genuinely wants to get in touch with it. And that is to stop. You’ve got to stop what you’re doing, what you’re thinking, and what you’re expecting and just be there for the poem for however long it takes.” — W.S. Merwin.

30+ books of Poetry, Translation, and Prose

William Stanley Merwin (September 30, 1927 – March 15, 2019) is an American poet, credited with over 30 books of poetry, translation and prose. During the 1960s anti-war movement, Merwin’s unique craft was thematically characterized by indirect, unpunctuated narration.

In the 1980s and 1990s, Merwin’s writing influence derived from his interest in Buddhist philosophy and deep ecology. Residing in Hawaii, he writes prolifically and is dedicated to the restoration of the islands’ rainforests.

Merwin has received many honors, including the Pulitzer Prize for Poetry (in both 1971 and 2009) and the Tanning Prize, one of the highest honors bestowed by the Academy of American Poets, as well as the Golden Wreath of the Struga Poetry Evenings.

More information can be found at https://en.wikipedia.org/wiki/W._S._Merwin 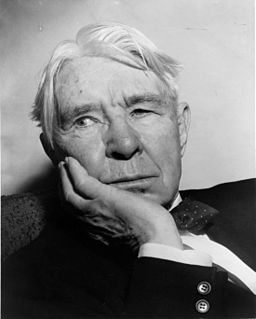