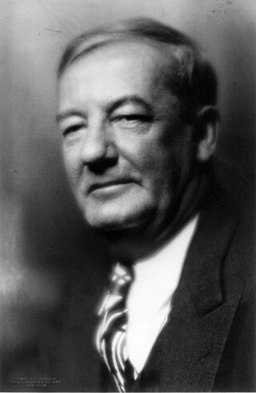 One way a writer can become successful is by having a more established writer as a mentor. While writing groups can serve as a mentor, the right personal mentor will help improve your writing by giving you guidance each step of the way. Let me share an example of the influence of a mentor.

In 1919 a young veteran returned from World War I. He moved to Chicago moving into a particular neighborhood for the purpose of being close to the author Sherwood Anderson.

The critical praise for Anderson and his book “Winesburg, Ohio” impressed a young, beginning writer. This hopeful writer had heard that Sherwood Anderson was willing to help aspiring writers. He worked to meet Anderson. The two men became close friends. They met almost every day to read newspapers, magazines, and novels. They dissected the writings they read.

Sherwood Anderson didn’t stop there. He moved to New Orléans where he met another aspiring writer. He took the young man through the same steps and paces of the craft. He became roommates with this young man. He even invested $300 in getting this writer’s first book “Soldier’s Pay” published. This young author was William Faulkner.

Anderson would later move to California and repeat the process with John Steinbeck. Thomas Wolfe and Erskine Caldwell were also mentored by Sherwood Anderson.

Arguably, only Mark Twain has had a greater influence in shaping modern American writing than Sherwood Anderson. Anderson didn’t do too badly, did he?

William Faulkner, Ernest Hemingway and John Steinbeck each won the Nobel Prize for Literature and there are multiple Pulitzer Prizes between them.

If you are serious about writing I urge you to find a mentor or join a writing group. The people in my writer’s and critique group keeps me encouraged and motivated.

Sandburg published another volume of poems, Cornhuskers, in 1918, and wrote a searching analysis of the 1919 Chicago race riots.

More poetry followed, along with Rootabaga Stories (1922), a book of fanciful children’s tales. That book prompted Sandburg’s publisher, Alfred Harcourt, to suggest a biography of Abraham Lincoln for children. Sandburg researched and wrote for three years, producing not a children’s book, but a two-volume biography for adults. His Abraham Lincoln: The Prairie Years, published in 1926, was Sandburg’s first financial success.

With the financial success, he moved to a new home on the Michigan dunes and devoted the next several years to completing four more volumes, Abraham Lincoln: The War Years, for which he won the Pulitzer Prize in 1940.

Sandburg’s Complete Poems won him a second Pulitzer Prize in 1951. Sandburg died at his North Carolina home July 22, 1967. His ashes were returned, as he had requested, to his Galesburg birthplace. In the small Carl Sandburg Park behind the house, his ashes were placed beneath Remembrance Rock, a red granite boulder. Ten years later the ashes of his wife were placed there.

Gwendolyn Elizabeth Brooks was born on June 17, 1917 in Topeka Kansas. She was the older of two children born to Keziah and David Brooks. The same year of her birth she and her family moved to Chicago where she has resided her entire life.

Brooks’ mother discovered her gift for writing at the early age of seven. She promptly encouraged this talent by exposing Gwendolyn to various forms of literature. Her parents, however were very strict and she was not allowed to play with the kids in the neighborhood.

As a child she lacked the sass and brass of the other girls in her class and became very isolated. As a result, she made few friends while in school. When Brooks was at home in her room she often created a world of her own by reading and writing stories and poetry.

Due to her lack of social skills she became very shy and continued to be shy throughout her adult life. After graduating from high school she went on to Wilson Junior College and graduated in 1936. In 1939 she was married to Henry Blakely and they had two children, Henry junior and Nora Blakely. In 1945 Gwendolyn Brooks’ first book entitled A Street In Bronzeville was published. In 1949 Annie Allen was published and received the Pulitzer Prize for poetry in 1950, becoming the first African American to receive this prestigious award in poetry. In 1953 Brooks’ first novel is published Maud Martha. In 1963 she published Selected Poems and secured her first teaching job at Chicago’s Columbia College.

In 1967 at the Fisk University Writers Conference in Nashville, Brooks met the new black revolution. She came from South Dakota State College, which was all white, where she was received with love. Now she had arrived at an all black college where she was now coldly respected. After this trip Brooks says that she is no longer asleep she is now awake. After 1967 she became aware that other blacks feel that way and are not hesitant about saying it. She appeals to her people for understanding and is more conscious of them in her writing. In 1968 she published her next major collection of poetry, In the Mecca. The effect of her awakening is noticeable in her poetry. Brooks is less concerned with poetic form, and uses mostly free verse.

In 1968 she was named poet laureate for the state of Illinois and was also the first African American to receive an American Academy of Arts and Letters Award in 1976. She was appointed Poet Laureate Consultant in Poetry to the Library of Congress (commonly known as United States Poet Laureate) in 1985. Since then, Gwendolyn Brooks has gone on to receive over fifty honorary doctorates from numerous colleges and universities.

Brooks died of cancer at the age of 83 on December 3, 2000, at her home on Chicago’s South Side. She is buried at Lincoln Cemetery in Blue Island, Illinois.